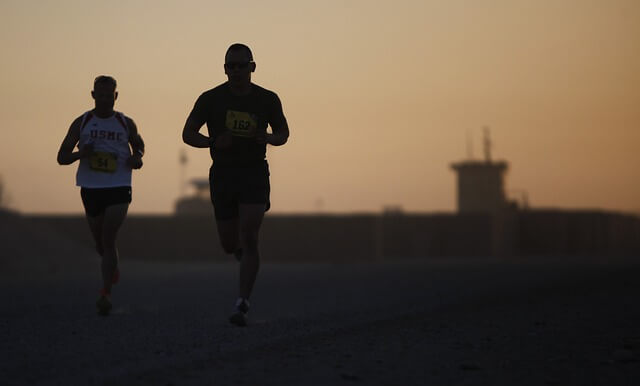 Cancer is called the number one silent killer. The name is not without a reason. Every year, cancer kills approximately 7.6 million people. That’s about 20.000 deaths a day.

Cancer has many categories, and the most common cancer is different according to gender, race and age.

According to U.S. Cancer Statistics from US Department of Health and Human Services (HHS), the most common cancer that affects men is prostate cancer, followed by lung cancer and colorectal cancer.

Number four leading cancer for men in the US is different according to race. For white man or Caucasian, bladder cancer is the leading suspect.

For black men it is mouth and throat cancer, while for Asian/Pacific Islanders it is stomach cancer.

In this article, you’ll find information about the six types of cancer mentioned above, as well as the symptoms and the treatments.

Prostate cancer is the most common cancer for men in US, not counting skin cancer that is most common for both men and women.

The American Cancer Society has made estimation about the number of prostate cancer cases in US for 2017. They predicted there will be 161,360 new cases and 26,730 deaths. That’s approximately 1 for every 7 men.

So, what is exactly a prostate cancer?

Prostate cancer happens when cells in your prostate gland grows bigger than it should be. The older you are, usually the bigger your prostate is.

Prostate gland is part of your body that produces semen for sexual reproduction. It is located below the bladder, in front of the rectum.

Urethra, the passage for your urine and semen to flow out, goes through the center of the prostate.

That’s why the earlier symptoms of prostate cancer are related with urination.

Some of the symptoms are as follows:

There are several methods to treat prostate cancer. Depending on the stages, your doctor may recommend the standard practice of surgery or radiation therapy, or the newer alternative like HIFU (High Intensity Focused Ultrasound), nutritional supplements or hormone therapy.

Surgery is the standard practice. Surgeon will remove all of the cancer on your prostate to avoid complex process with lowest possible complication and side effects.

HIFU can destroy cancer cells on the prostate using ultrasonic beams. This treatment is still relatively new, so not a lot of doctors will recommend it.

Nutritional supplement usually are not enough to treat prostate cancer in the later stage. Hormone therapy and chemotherapy are other well-known alternatives. Consult your doctor to see which one will work the best for you.

Lung cancer takes place as the second most common cancer not only in men but also in women. Each year, the victims of lung cancer are higher than even breast cancer and prostate cancer.

Lung cancer is responsible for 13% of global deaths. Lung cancer is hard to cure. National Cancer Institute recorded that there were 221,200 new lung cancer diagnoses and 158,040 lung-cancer related deaths in the USA in 2015.

Lung cancer happens when the cells in one or both of your lungs grow abnormally. These growing cells can eventually disturb the air passages, interfering with the patient’s oxygen supply for the body. A lot of cases of lung cancers affect smoker and research has found out that smoking or inhaling smoke and lung cancer is related.

Symptoms for lung cancer are predictably related to respiration system as follows:

Lung cancer treatments are the same with prostate cancer. The standard treatments are surgery, radiation therapy, chemotherapy or combination of them.

Scientists and medical practitioner are currently looking for new treatments for lung cancer, including immuno-therapy, hormone therapy, and gene therapy.

Surgery can completely remove all of the cancer in the lungs, by cutting off the infected tissue of the lung. However, it is only effective if the cancer is still in its early stage and has not spread yet.

If it has spread, surgery is not an option as it is impossible to remove too much lung tissue.

Radiation therapy destroys lung cancer by shooting high-energy gamma rays that is made from special equipment. The radiation will cause the cancers to kill themselves.

Chemotherapy uses certain chemical that will interfere with the cancer’s reproduction and eventually kill them.

New alternative treatments for lung cancer include the use of monoclonal antibodies. These antibodies can release anti-angiogenesis agents that interfere with the growth of the cancer cells and eventually kill them as well.

To lower the risk of getting lung cancer, stay away from cigarette and start to live healthily.

Colorectal cancer is the growing cancer cells either in bowel system, which consists of colon or rectum.

Meanwhile, The American Cancer Society says 1 in 20 people in the US will get colorectal cancer diagnosis.

In human digestive system, colon reabsorbs any left nutrient from the food you consume before pushing the waste into the rectum.

Rectum is the passage way for your feces to come out of your body. Cancer developing in this area will affect your digestive system.

Symptoms of colorectal cancer are closely related with digestion problem:

Treatments for colorectal cancer vary according to the stages, the size, the location and the patient’s medical condition.

Surgery for colorectal cancer will cut off the overgrown cells in the bowel. It will also cut any lymph nodes surrounding the affected area because cancers spread easily through lymph nodes. After that, the bowel will be sewn back.

Bladder cancer develops when cells in your bladder line overgrows. Bladder is a part of your body that store urine before it is released during urination. In US, according to American Cancer Society, 79,030 new cases of bladder cancer are predicted to rise in 2017 with predicted 16,870 deaths.

The symptoms of bladder cancer, like prostate cancer, are related closely to urination system:

Treatments options for bladder cancer depend on various factors. The type and stages of the cancer, as well as the patient’s medical record, will determine the best treatment for the patient.

Typically, your doctor will recommend surgery if your cancer is still in early stage. Another typical procedure to remove bladder cancer in early stage is TURBT (Transurethral Resection of Bladder Tumor), where your doctor will burn the cancer cells using electric current or laser beam by passing a small wire loop into the bladder.

Also Read  How to Hike Safely During the Rainy Season

Mouth and throat cancer is all kind of cancers that grows in your oral area, from lips, tongue, cheeks, gum, hard and soft palate, sinuses and throat.

In 2017, Oral Cancer Foundation predicts there will be close to 49,750 new cases of mouth and throat cancer.

The death rate predicted is around 9,750 deaths. If we scale it down, the number is around 24 deaths per day or 1 death per hour. This particularly high death rate is because the cancer is often discovered too late.

Symptoms for mouth and throat cancer are closely related to swallowing and speaking:

Mouth and throat cancer is treated the same way other cancers are. The most common options are surgery, radiation therapy, chemotherapy or the mix of all options.

Stomach cancer or gastric cancer begins as cancer cells starts to grow in the inner lining of your stomach. As it grows, the cancer will disturb the digestive system and prevent your body from getting the nutrition it needs to keep on living.

American Cancer Society predicts there will be 28,000 new cases of stomach cancer in US in 2017, with around 10,960 deaths. The risk for one to get infected with this cancer is 1 for every 111, with the risk higher in men than women.

The symptoms of stomach cancer are closely related to digestion problem:

Treatment options available for stomach cancer are surgery, radiotherapy, chemotherapy or the combination of those.

During surgery, your surgeon will cut of the affected part of your stomach, sometimes followed with other tissues nearby that may have been infected.

These are the most common cancers in men. If you have anything to add to this article, let us know.

One thought on “6 Commonly Cancers found in Men” 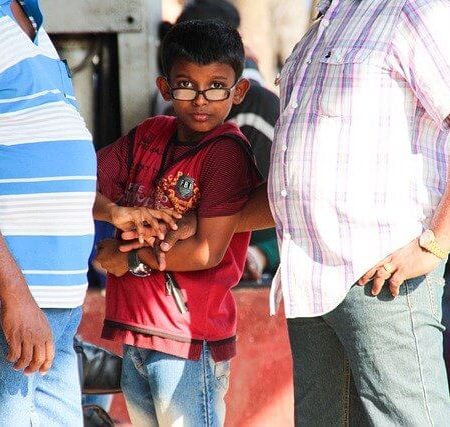